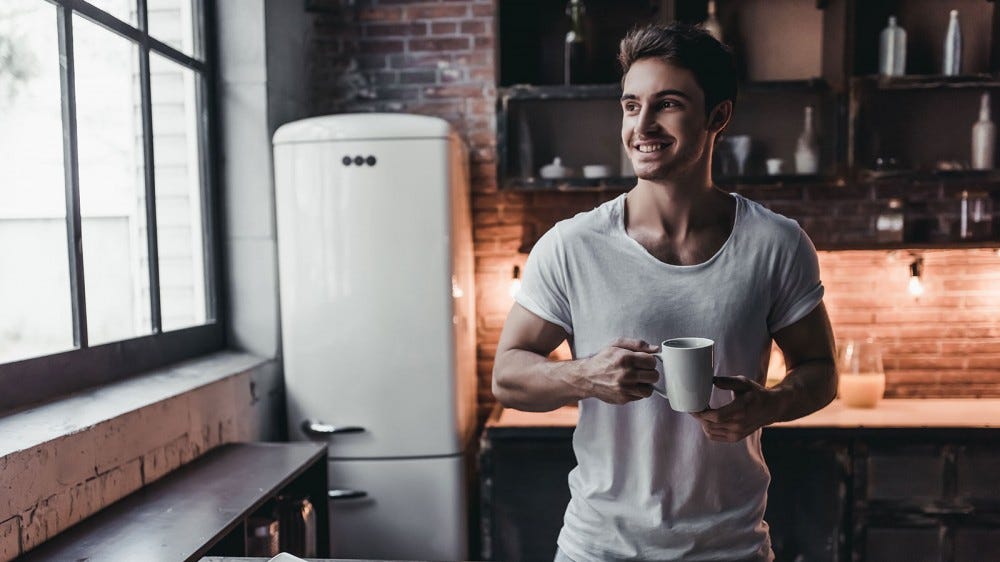 There are a lot of ways to make coffee. Which method you choose is as much about taste, as it is about convenience. Below are six of the most common, and what you get (and sacrifice) with each.

When it comes to coffee brewing there are a lot of variables. Even if you use the same beans, two different brewing methods can produce two different tasting cups of coffee in radically different amounts of time.

Even so, the method has a large effect on the final result. 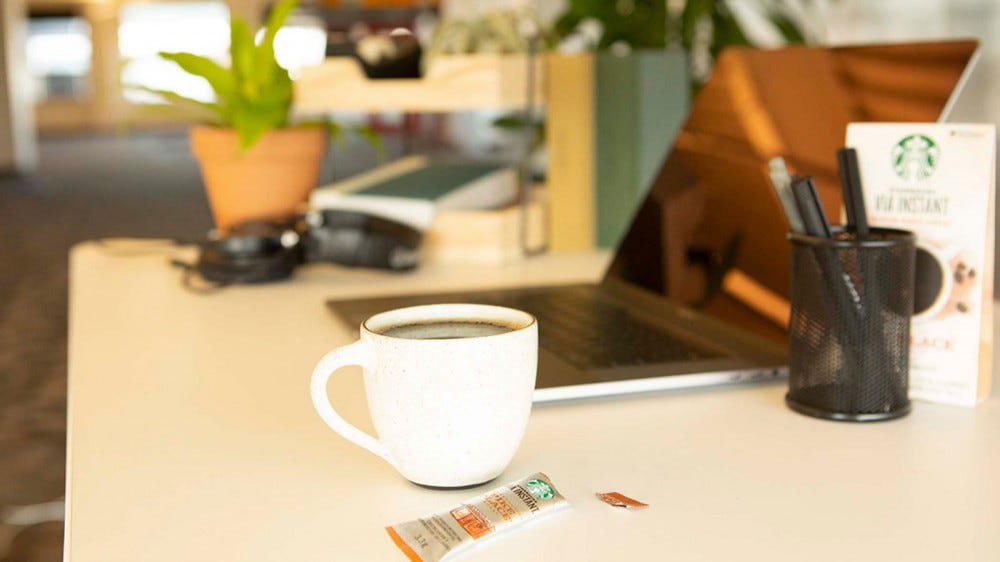 Instant coffee is made of freeze-dried, concentrated, already-brewed coffee. To make it suitable to drink, you just mix a teaspoon or two with boiled water. Convenient? Absolutely. Tasty? Well, that’s a different story.

For a long time, instant coffee was the dumping ground of bad coffee beans. Cafes use arabica beans due to their quality, while most instant brands use robusta because they’re cheap.

Thankfully, this is beginning to change, and Starbucks has led the charge, although other roasters have followed.

Starbucks VIA Instant is a drinkable, all-arabica instant coffee. It comes in little packets, like an instant-mix energy drink, not a big plastic jar like the kind your parents used to buy back in the day. It’s got all the convenience of the bad stuff, but tastes like a Starbucks Americano, and trust us—that’s a significant improvement.

Some of the pros of instant coffee are:

The only con of instant coffee is it generally tastes awful. It’s the reason coffee shops still exist. 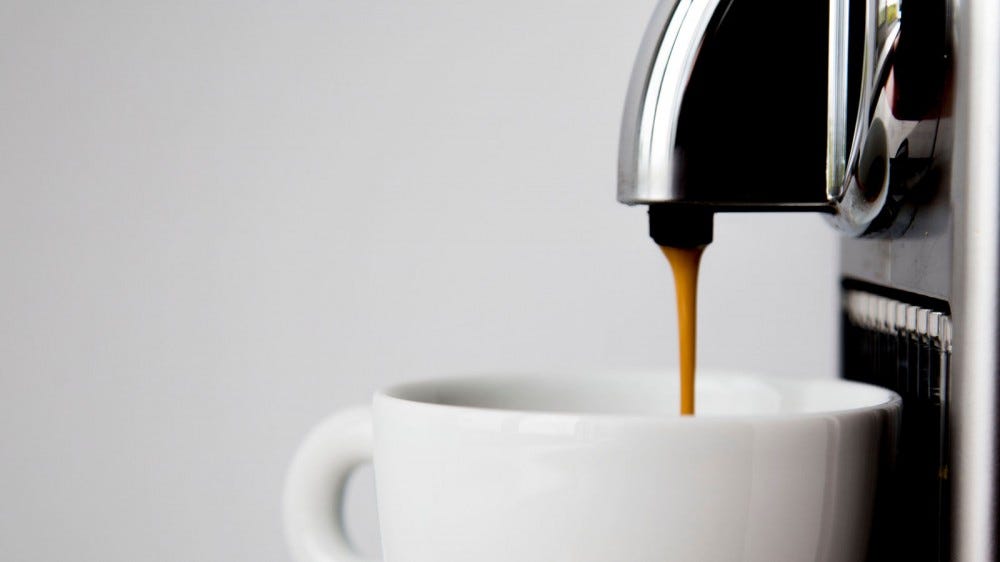 Capsule coffee machines, like those from Nespresso and Keurig, are a step up in taste from instant coffee and almost as convenient. You just pop in a pod, press a button, and you’re good to go.

Because each manufacturer makes a wide variety of coffees, you can also explore different flavors and find the one you enjoy the most. They’re also consistent—Nespresso’s Fortissio Lungo has tasted exactly the same every time we’ve had it. Even coffee aficionados who travel with their own brewing gear should give it a go.

However, it’s hard to mention pods without talking about the amount of waste they generate. While Keurig is moving toward recyclable pods, your local recycling center still has to be able to handle the materials.

Nespresso is much better in this regard. It has its own own recycling program, in which both the aluminum pods and coffee grounds are reused.

However, in both cases, you have to actively recycle used pods, which certainly undermines this method’s convenience a bit.

The following are some of the pros of capsule coffee:

There are some cons, though, including: 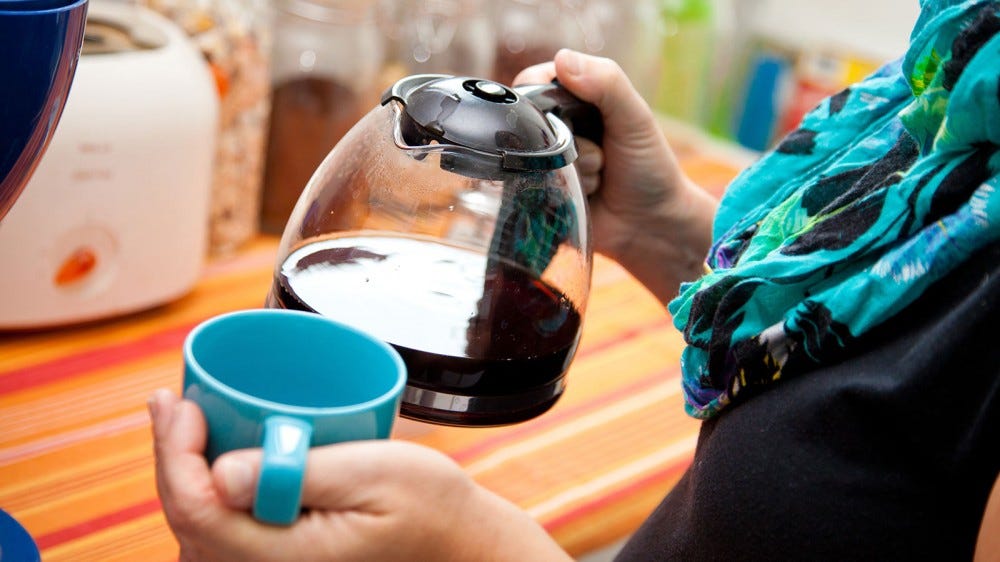 Drip coffee machines are a stalwart feature of the American kitchen, although pods and more specialized brewing methods are starting to undermine their dominance.

If you need coffee first thing in the morning to function, a drip coffee machine is a good way to get it. The best—like the OXO Brew nine cup—will automatically brew it for you before you even wake up, and keep it warm for a few hours so you can sip while you work.

The problem with drip coffee machines, however, is they aren’t quite as convenient as pods. You have to load the machine with grounds and clean up afterward.

They also don’t give you enough brewing control to make truly great coffee, like the more hands-on methods do. They sit on a slightly odd middle ground.

The following are some of the pros of drip coffee:

The only con of drip coffee is it’s not that convenient. You have to set it up (and potentially grind your own beans) and clean it after each use.

The French press (or cafetiére) is an unfairly maligned method of brewing. Lots of people likely have one gathering dust in their cupboard, and it can make really great coffee. The problem is it can also make really, really bad coffee if you’re not careful.

A French press brews by immersion, meaning the coffee grounds are steeped in water for a few minutes and are then filtered out. Unfortunately, if you steep the coffee for too long, or not long enough, or if the coffee’s too coarse or fine, you’ll end up with a nasty brew.

If you get it right, though, you’ll get one of the best cups you’ve ever had. If you need to brush up on your French press technique, check out the video above from James Hoffmann.

Brewing with a French press is also slow—you can’t just push a button and get a quick hit of caffeine.

The Pros of a French press include:

However, the cons of a French Press include:

The AeroPress is one of the most popular ways of brewing coffee among professional baristas (there’s even an annual World Championship), and for good reason. It’s cheap, convenient, and can make incredible coffee. That word “can” is kind of the crux of the matter.

With an AeroPress, you can manipulate all of the following variables:

That’s a lot, but it gives you control. If you’re brewing a light roast coffee, you can let it steep it for longer to extract more flavor. You can also grind a dark roast slightly coarser to minimize any bitter, burnt taste.

However, you can also make a total mess of things. If you let a dark roast steep for too long, it’ll emphasize the bitter flavor. Getting things right takes a bit of practice. It also takes a bit of gear.

You can use pre-ground coffee and measure things with a scoop. For the best results, though, you really need to grind your own coffee and use scales to keep a consistent ratio of grounds to water.

The Pros of an AeroPress include:

Some of the Cons of an AeroPress are: 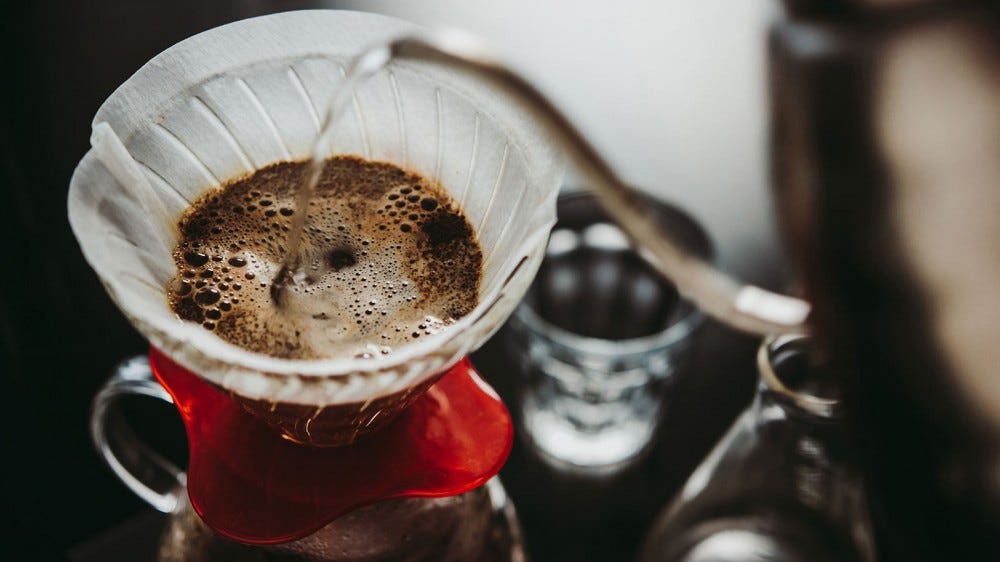 Pour over is the ultimate showoff’s way to brew coffee. You put coffee grounds in a filter and pour water through them. Use good beans and get it right, and you’ll have a perfectly extracted coffee with a depth of flavor the other brewing methods just can’t match. Get it wrong, though, and you’ll just buy some instant next time.

Pour over is completely hands-on. There are different brewers, such as the Hario V60 and the Kalita Wave, but they all work in much the same way—and they all have a learning curve.

How much water you pour, how fast you pour it, how you pour it, and how hot it is when you pour it all affect the quality of your brew. And those are just some of the water factors. You also have to consider the amount of coffee you’re using, how coarsely it’s ground, how it’s roasted, and so on.

In short, pour over is not for you if you want an easy option. You can’t just dump it in a machine and let it do the work.

However, pour over is definitely for you if you want total control. Learning to make a good pour over will give you a much deeper understanding of coffee, and you’ll learn how to make it taste its best.

It’s not quick, and it’s not convenient, but it can be magically tasty.

The pros of pour over include the following:

The cons of pour-over include:

How Are You Taking Yours?

In this overview, we covered some of the major methods of brewing coffee. There are others, though, like cowboy coffee, espresso, and siphon brewers, just to name a few. But those are all a lot less popular than the methods above, at least at home.

So, which one are you going to choose?