Amazon launched its Day 1 Editions program in 2020 to test the sell-ability of strange new products like the Echo Frames and Echo Loop. Now, the company is expanding its Day 1 program with a new Build It initiative, where customers crowdsource new products into existence. And the first of Amazon’s Build It products—a smart cuckoo clock, nutrition scale, and sticky note printer, are very weird, to say the least.

Build It is a risk-free take on the crowndfunding campaigns popularized by Kickstarter and Indiegogo. There aren’t any reward tiers or flashy videos, just a product page and a pre-order button. If enough people pre-order Amazon’s cuckoo clock, kitchen scale, or sticky note printer before March 19th, then Amazon will make the product “official” and fulfill all of its pre-orders. But if a Build It product doesn’t meet its pre-order goal, then customers will get a refund and the product will never reach manufacturing. (Amazon previously used crowdfunding with Day 1 products like the Echo Frames, but pre-orders were only open to select customers).

Amazon’s first three Build It products look charming, and while they’re a bit odd, nobody can say that they aren’t unique! All three products need to be paired to a compatible Echo device, and the clock and scale must be within 30 feet of an Echo device at all times.

The smart nutrition scale is probably the most practical item of the bunch, as it can weigh products or tell you the nutritional value (calories, sugar, etc) of food based on weight. You can also connect the smart scale to an Echo Show display to see nutritional value written out.

The smart cuckoo clock is quite simple, alerting you when you set timers or reminders with Alexa. And the smart sticky note printer, while expensive and niche, can print out notes and reminders based on your Alexa commands.

But wait, why would you want to pre-order a product that no one has used? Aside from the novelty of owning a Day 1 device, products in the Build It program come with a slight discount. Amazon’s smart nutrition scale, for example, will cost $45 if it becomes an “official” product, but the current pre-order price is just $35 (a great price for a smart nutritional scale, if you ask me).

Amazon’s first Build It campaign ends March 19th. At the time of writing, it seems like all three products could reach their pre-order goal, having exceeded 5% of the necessary orders just a few hours after launching on Amazon. If you want that discounted pre-order price, you’d better order now! 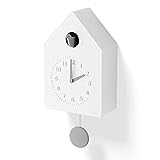 Amazon’s Smart Cuckoo Clock rings when you set reminders and timers with Alexa. You can customize its chime with a variety of sounds. 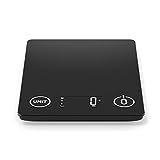 The smart nutrition scale tells you the weight and nutritional value of your food. It can connect to Echo Show displays for expanded functionality. 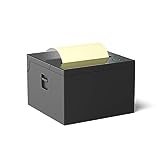 Source: Amazon via The Verge